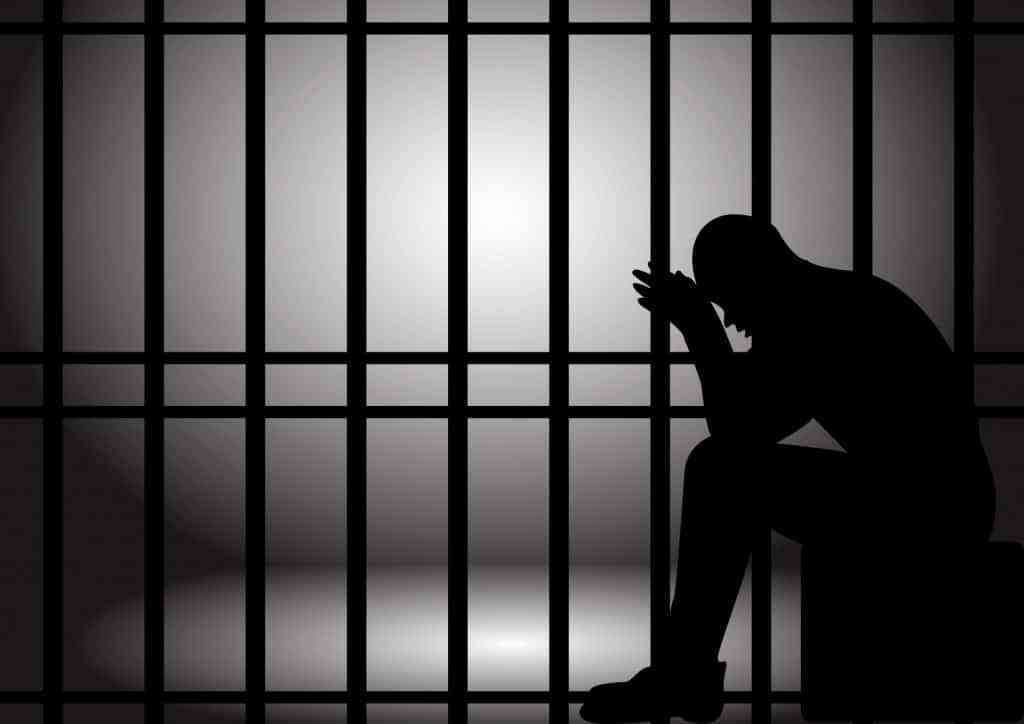 Unpublishing is an umbrella term for a set challenges that stem from requests from third parties to remove, obscure or otherwise alter accurate information published about them at some point in the past.

(, 2022) Readers’ Ombudsman: The rights – and wrongs – of being forgotten https://www.pressandjournal.co.uk/fp/news/4817305/readers-ombudsman-newspaper-digital-archives-right-to-be-forgotten/

Journalism’s obsession with the bloody and the sensational is overdue for a rethink thanks to the right-to-be-forgotten movement. But don’t forget the rights of readers.

(Mar 26, 2021) The Salt Lake Tribune will consider requests to remove booking photos or other changes to past coverage
https://www.sltrib.com/news/2021/03/26/salt-lake-tribune-will/

(Feb 20, 2021) Our Opinion: Can the paper ever unpublish a news story? https://www.austindailyherald.com/2021/02/our-opinion-can-the-paper-ever-unpublish-a-news-story

(Feb 16, 2021) Who Deserves to Have Their Past Mistakes “Forgotten”? https://slate.com/technology/2021/02/boston-globe-fresh-start-right-to-be-forgotten-newspapers.html

No matter how prepared for debate and equipped with diversity and inclusion training, a committee of journalists deciding people’s digital fates on a case-by-case basis is tricky.

[Cleveland Plain Dealer editor Chris Quinn] imagines one possible system in which newsrooms and journalism organizations agree on generally accepted practices, Google sets up the form for people to apply for anonymization, and then Google sends out the applications to all the different newsrooms, who would then run them through their filters and respond to them in the same way.

KF: Putting “digital redemption” even more into the hands of Google seems like a bad idea. “Bless me Google, for I have sinned…“

In the best-case scenario, “right to be forgotten” programs could propel newsrooms not only to survive but to become better. Allowing someone else to forget and grow from their mistake is a practice that newspapers ought to apply to themselves, especially as they continue to publish stories daily that affect people’s digital fates.

As part of an ongoing examination of the fairness in how we report on people — a bit of introspection that is both shared across the news media industry and long overdue — we are adopting guidelines aimed at the restrained and consistent use of mug shots with news stories.

Part of this is just plain fairness. A lot of people who are arrested will end up not being convicted. Some will be found not guilty or won’t go to trial at all. Some will plead guilty to lesser charges, even misdemeanors, instead of the ones that put their names in the news. Readers may associate law enforcement booking photos with criminal activity; their use might imply guilt of individuals who are, by law, considered innocent until proven guilty.

This is particularly critical as we examine how our journalism might reinforce racial stereotypes and amount to punitive coverage of people who enter the criminal justice system — the majority of whom come from underprivileged backgrounds.

(Feb 4, 2021) How student newsrooms can set a framework for requests to update old stories
https://www.poynter.org/newsletters/2021/how-student-newsrooms-can-set-a-framework-for-requests-to-update-old-stories/

(Jan 30, 2021) Should police have a Right to be Forgotten: Letter from the Editor
https://www.cleveland.com/news/2021/01/should-police-have-a-right-to-be-forgotten-letter-from-the-editor.html

Here’s a question: Should we hold police officers to a higher standard than others in our Right to be Forgotten efforts? It’s not an academic question. Our team struggled with it in an actual case this week, and I don’t know if we arrived at the right answer.

Chris Quinn, Editor, cleveland.com/The Plain Dealer: We’ve often said we wished our industry would embrace the Right to be Forgotten effort and work together on best practices.

Since we began our effort, some reputation-cleansing companies have popped up, collecting fees to ask media outlets about cleaning the archives. This policy should not be about who can afford it. It can’t devolve into another issue that separates the haves from the have nots. Our policy is for all, without cost.

After much debate and struggle, we reached a consensus that police officers are a form of public official, and because of the power we give them to remove our liberties in the pursuit of their jobs, the community has a right to know when they are accused of wrongdoing.

Though Fresh Start will be publicized through social media and community outreach, there is a possibility it won’t reach its targeted demographic as effectively as intended.

The fact is, news organizations have vast troves of archive content and high rankings on Google. So whether we recognized it or not, we played a role in holding back those who tried to move on from their mistakes.

If we approve the request, the stories will remain on the site, but they will be only findable through our own search box on bangordailynews.com

Should an arrest years ago continue to haunt someone as they move through their career? What about for people for whom charges were dropped — or who admitted their guilt, did their time, and want to move past their past? Are newspaper websites the mythical “permanent record” where all your misdeeds would be recorded for eternity?

I was encouraged by the Globe’s chosen name of Fresh Start for its program. Why? Because all too often, newsrooms adopt some version of the “Right to be Forgotten” language associated with the digital privacy legislation in the European Union. The truth of the matter? Nothing is forgotten; in the EU, the information is simply delisted from search engines when the individual’s name is used in the search. This offers a level of obscurity, not erasure. We should be mindful of how the words we use convey an unspoken promise to those wishing for the latter.

changing old articles because they are ruining a person’s life.”a permanent obstacle for someone’s future”

allows people to petition to have information about them removed from or added to old stories, to have their names anonymized, or to have the stories delisted from Google searches.

The Globe will prioritize stories involving minor crimes and those from long ago, but will also consider ones about “embarrassing” noncriminal behavior.

comes out of a reexamination at the Globe and many other newsrooms about how they cover race: post George Floyd – journalists have increasingly questioned their reliance on police as primary sources

In the past few months, the Kansas City Star and the Los Angeles Times have apologized for how they covered local communities of color over the years, and both newspapers have published pieces explaining how their reporting contributed to racial inequities.

In Philadelphia, 40 community organizations petitioned the Philadelphia Inquirer to change its crime reporting process and allow people named in older crime stories to appeal to have them removed from the paper’s website.

The Atlanta Journal-Constitution considers requests to remove or update online content from people whose records have been closed to the public under a 2013 state law as part of an effort to make expungement easier.

(Jan 22, 2021) Boston Globe launches ‘Fresh Start’ initiative: People can apply to have past coverage about them reviewed
https://www.bostonglobe.com/2021/01/22/metro/boston-globe-launches-fresh-start-initiative-people-can-apply-update-or-anonymize-coverage-them-thats-online/

“Fresh Start” initiative: “Our sense, given the criminal justice system, is that this has had a disproportionate impact on people of color. The idea behind the program is to start addressing it.”

Often, he said, clients of the CPCS are written about early in the criminal process. Reporters rarely follow up when the initial information turns out to be wrong or less serious than initially reported, he said. In other cases, people are convicted and serve their sentences, but when they apply for a job, articles about past misdeeds prevent them from succeeding.

(Jan 7, 2021) Letter from the Editor: The internet never forgets or forgives, and that’s why MLive considers requests to remove old content
https://www.mlive.com/news/2021/01/letter-from-the-editor-the-internet-never-forgets-or-forgives-and-thats-why-mlive-considers-requests-to-remove-old-content.html

(Dec 15, 2020) Our Right to be Forgotten policy is about to help a whole lot more people – thanks to Google
https://www.cleveland.com/news/2020/12/our-right-to-be-forgotten-policy-is-about-to-help-a-whole-lot-more-people-thanks-to-google.html

“The Right to be Forgotten has become a social justice issue, partly because crime stories in old news archives are largely based on what police told reporters. And if the police had any kind of bias in whom they arrested, as has been demonstrated in case after case, then that bias likely is reflected in what was reported. By removing the dated stories, we can remove bias that might exist in our archives.”

(Nov 4, 2020) Unpublishing: who decides what news should last forever?
https://www.journalism.co.uk/news/unpublishing-who-decides-what-news-should-last-forever-/s2/a766559/

(Aug 29, 2020) From the Editor: Changing the status quo on crime reporting, introducing “Right to Be Forgotten”
https://www.craigdailypress.com/news/from-the-editor-changing-the-status-quo-on-crime-reporting-introducing-right-to-be-forgotten/

(Dec 12, 2019) Whose responsibility is the right to be forgotten?https://www.cjr.org/the_media_today/right-to-be-forgotten.php

(Nov 6, 2019) First, do no harm — but how? (Danielle Dreilinger)
https://kappanonline.org/dreilinger-russo-first-do-no-harm-but-how/

What should education reporters do?: Takedown request to journalist from source in a “good story”

it would have crumbled into dust and frozen into microfilm, hidden in a library cabinet — what University of North Carolina doctoral candidate Deborah Dwyer refers to as “practical obscurity”.

In 2018, UNC’s Dwyer surveyed newsrooms to learn about their takedown policies. Eighty percent had unpublishing policies, according to a September write-up in Nieman Lab.

Cleveland.com’s unpublishing committee has granted 50 to 80 percent of the unpublishing requests it has received

But I expect more to come. Like the subject of my article, many students who might later regret seeing their stories in print haven’t committed crimes. They’ve simply given insight into their lives. Dwyer called it “source remorse.”

Not only is it difficult to make categorical rules, he said, but creating an industry standard opens news outlets to negligence lawsuits if they don’t do what other outlets are doing. And a published policy might lead people to expect outlets to unpublish on demand, he said.

The Tow Center for Digital Journalism found 19 of 21 newsrooms did not archive their web content, according to a March report in the Columbia Journalism Review. Which means that deleting a story from a website deletes it, period. That’s a big problem for both the news record and our future research ability as reporters, not to mention our clip portfolio.

“Our digital footprints are only going to deepen … We’re going to have to deal with some of the consequences.”

Paradoxically, updating a story–say, to link in an update or add the information that someone’s conviction was expunged—may pop it back to the top of a list of Google results, increasing its visibility.

a 2016 workshop in which NPR editors urged education reporters to consider leaving out last names, she said.

(Oct 31, 2019) Why journalists need to think twice about reporting on arrests
https://www.cjr.org/analysis/out-of-omaha-arrest-reporting.php

The term “canceled” “sort of spawned from YouTube,” said Ben, a high school junior in Providence, R.I. (Because of their age and the situations involved, The New York Times has granted partial anonymity to some people. We have confirmed details with parents or schoolmates.)